We are departing for Mexico City in 4 days, leaving snow and slush behind – nothing these little Mexican hairless dogs would likely experience. Xoloitzcuintli, or Xolo for short, has been popular in Mexico for centuries. The dog was named by the Aztecs after Xolotl, the God of lightning and death.

These small effigies can be seen at street markets as freshly baked clay folk arts, and also nearly identical Xolos at the National Museum of Anthropology in Mexico City. The dog statues were buried alongside their masters to protect and guide them in the afterlife. 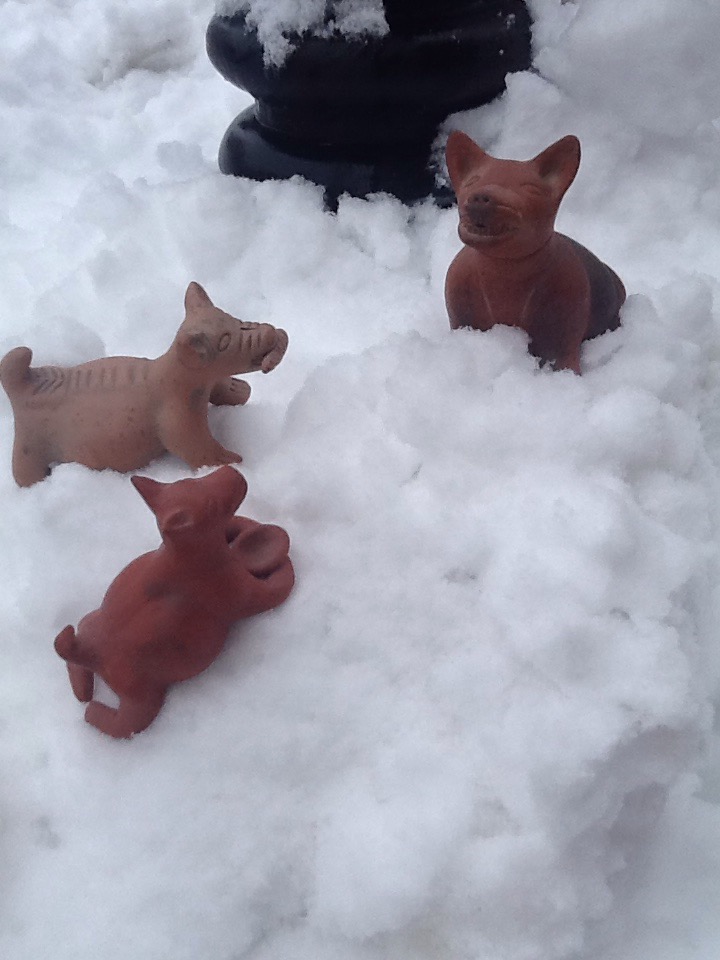